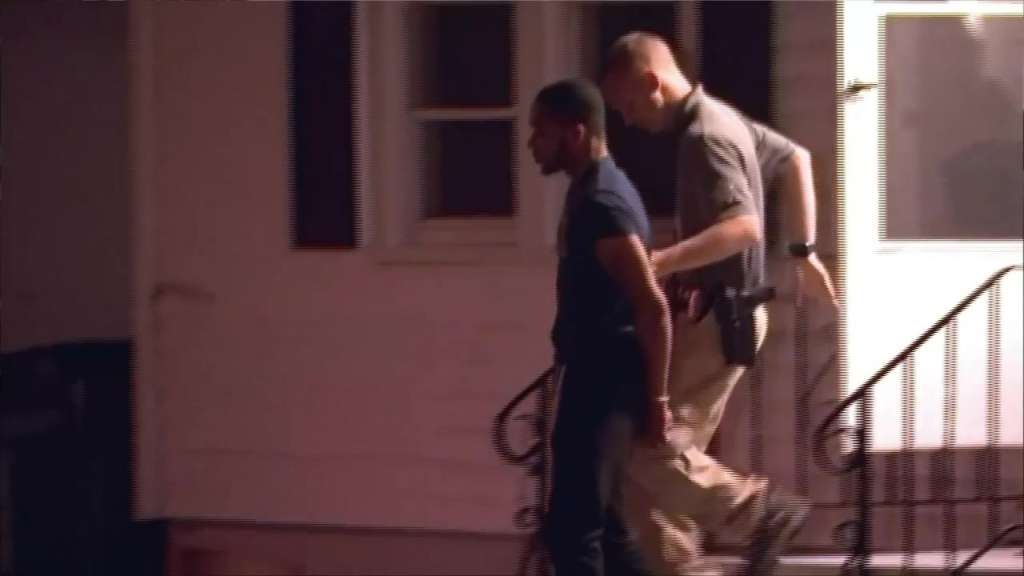 HARTFORD, Conn. (AP) — A Connecticut man accused of killing his wife told police he kneeled on her neck until she stopped breathing during an argument that turned violent in their home earlier this month, according to an arrest warrant affidavit released Monday.

Tahj Hutchinson, 22, of South Windsor, was scheduled to be arraigned in court on a manslaughter charge Monday morning in connection with the May 10 death of Jessica Edwards, the mother of the couple’s 7-month-old son.

The 30-year-old Edwards’ body was found Friday in a wooded area of East Hartford, nearly two weeks after Hutchinson and her family reported her missing. Police and her relatives had searched for her at several locations in the Hartford area and handed out fliers in hopes of finding her.

On the night of May 10, Edwards’ sister told police she confronted Hutchinson after Edwards went missing, and she believes he drove off with Edwards’ body in the back of his SUV, according to the warrant. She said she saw a blanket covering something in the back of the vehicle, and he drove off as she demanded that he open the rear door, the warrant says. She told police he drove away as she was chasing him and holding onto a door handle.

Hutchinson is detained on $1 million bond. It wasn’t clear if he has a lawyer who could respond to the allegations.

The warrant provides the following details of Hutchinson’s statements to police.

Hutchinson initially told police that Edwards left their home on the morning of May 10, telling him she was going somewhere with a friend and would be back later. Police said there were several inconsistencies in Hutchinson’s accounts, and Hutchinson eventually confessed to killing her.

Hutchinson said he and his wife had argued on the weekend of May 8 and 9 over guinea pigs he got her for Mother’s Day. They resumed arguing the morning of May 10 and it became physical, he told police.

She hit him in the head with a laptop computer and grabbed a kitchen knife, and they wrestled over the knife, Hutchinson told police. Hutchinson said that he then kneeled on her neck and back until she “stopped moving.”

Hutchinson told police that later that night, he put her body into his SUV and drove off when Edwards’ relatives came over. He said he dumped her body one town over in East Hartford, then immediately went to the East Hartford police department to report her missing.

Police found Edwards’ body on Friday after obtaining Hutchinson’s cell phone records, which revealed his approximate locations on the night of May 10, police said. Hutchinson confessed to police who questioned him after the body was found, the warrant says.

Edwards’ family held a vigil in her memory Saturday in South Windsor and were joined by local residents who offered their support.