‘Respect the virus’: Baker urges caution ahead of holiday weekend

Baker: No regional restrictions during the coronavirus pandemic

CDC estimates that 35% of coronavirus patients don’t have symptoms

If US had started social distancing a week earlier, about 36,000 fewer people would have died, study says

The tornado the touched down on the Cape yesterday hit Yarmouth, picked back up and then hit Harwich. Tree and powerline damage was extensive in some of these areas as the National Weather Service has rated this tornado an EF-1 with winds of 110mph. In addition to the tornado damage, the storm also produce pockets of straightlined wind damage too, uprooting trees. More will come later today from them on exact path details and timing. 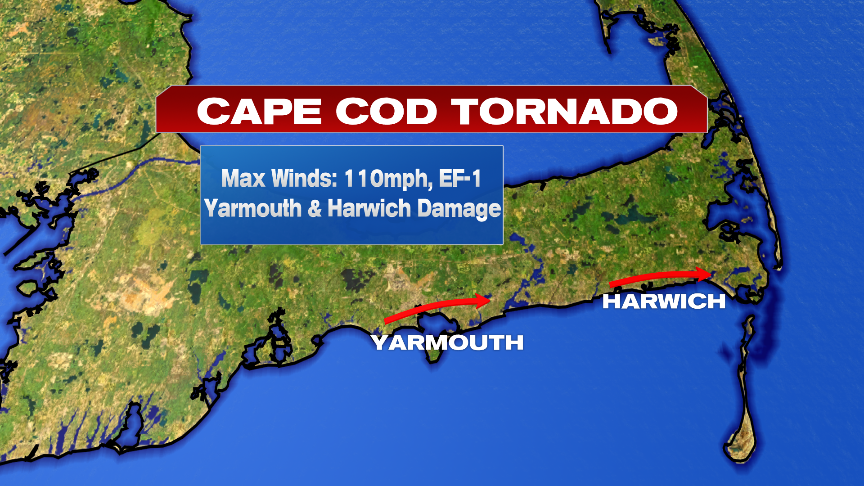 Below is a chart of the Enhanced Fujita Scale. For perspective, the Springfield tornado in 2011 had winds of 165mph, the Revere tornado had winds of 120mph and the Concord tornado had winds of 100mph.  This Cape tornado is similar in power to the Concord and Revere tornadoes. Across the Cape, tornadoes are not common, but not unheard of. Last Fall an EF0 hit Woods Hole, in 1977 an F1 hit West Yarmouth and in 1968, and F1 hit Marston Mills. In Massachusetts, since the early 1950s, 165-170 tornadoes have touched down, many of them north and west of Boston. The strongest being the notorious Worcester tornado of 1953 that bordered an EF4/5 in strength, killing more than 90 people with winds of 200mph. 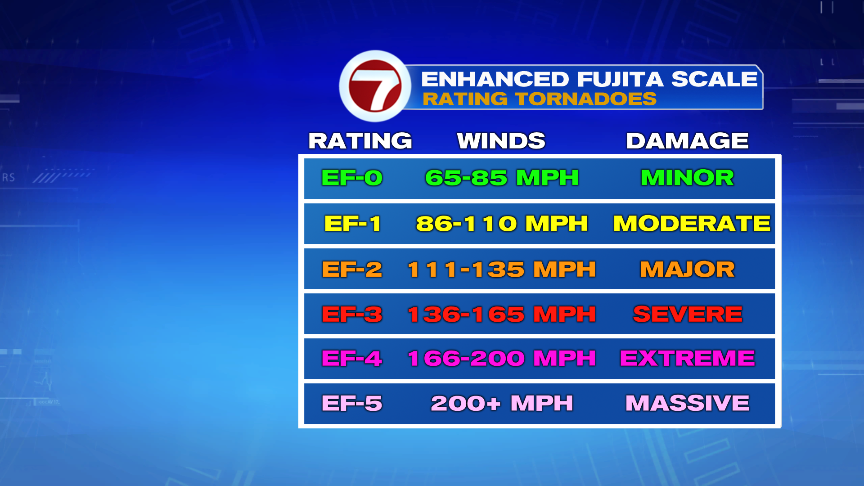 For more of yesterday’s tornado, Jaisol wrote a blog on it here:  https://whdh.com/weather-blog/radar-confirmed-tornado-on-the-cape/

Fortunately, the weather is tranquil over the next several days as the clean-up efforts and power restoration continues. Lows will near 60 as highs head for 75-80 across the Cape. Inland, it’ll be milder. 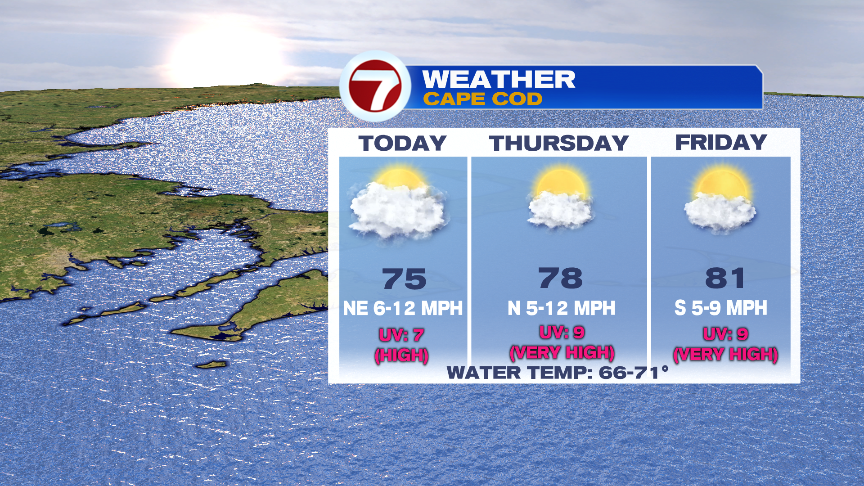 Showers and storms are few and far between the next several days, although a stray pop-up shower in a few towns is possible today and tomorrow. Don’t rearrange plans around them though. 90% of us stay dry, and even if you get a shower, it’s brief.

We’ll warm into the weekend as humidity increases, but it’ll be about 10 degrees cooler than last weekend, and not as oppressive either. So more of the run of the mill type warm summery weekend.