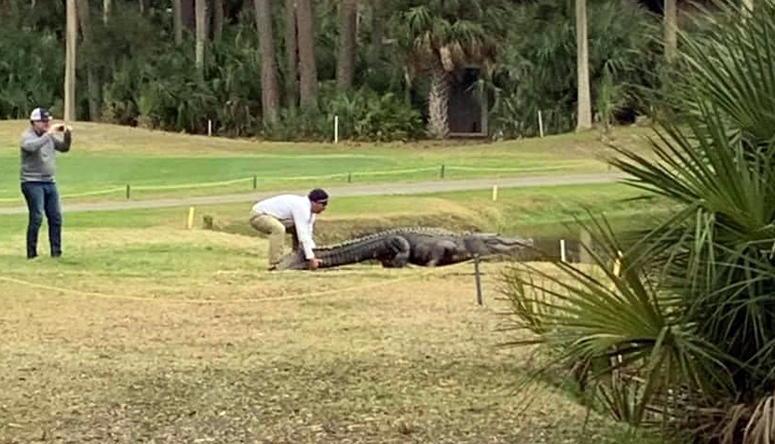 (WHDH) — A man has been hit with a molestation charge after a photo shared on Facebook by a beach resort showed him harassing and grabbing an alligator on a golf course.

The Fripp Island Golf & Beach Resort posted the photo on March 27, with a caption that read, “Harassment, enticement, or feeding of wildlife is both illegal and dangerous. We are sharing this incident in hopes that the violators will be found, not to encourage this behavior.”

Another man could be seen in the image taking a photograph of the suspect, who appeared to be holding the alligator by its tail.

The South Carolina Department of Natural Resources has since identified the man and confirmed that he would be charged with “molesting an alligator,” The State reported. The misdemeanor charge carries a fine of up to $150 and 30 days in prison.

“It’s against the law and this guy is going to pay a pretty hefty price,” department spokesman David Lucas told the news outlet.. “But the safety issue is so much more serious than that. You could lose your life.”

Authorities have not identified the suspect.