It’s a cold, dry start to this Friday morning as a nice sunrise greets us early this morning. That sunshine will be fading out by mid to late morning as clouds thicken up, and the skies start to look like they want to snow. Snow does break out early this afternoon near and north of the Mass Pike between 1-2pm and continues for a few hours before tapering off early this evening. South of the Pike, it’ll be mild enough that either wet snow has trouble sticking, or even a few rain drops mix in. The best chance to pick up about an inch of snow will be in the Worcester Hills to Northeast Mass, and into Southern NH. That’s also where we’ll likely see a few slicks spots on secondary roads, although, main roads that are treat should fair ok. 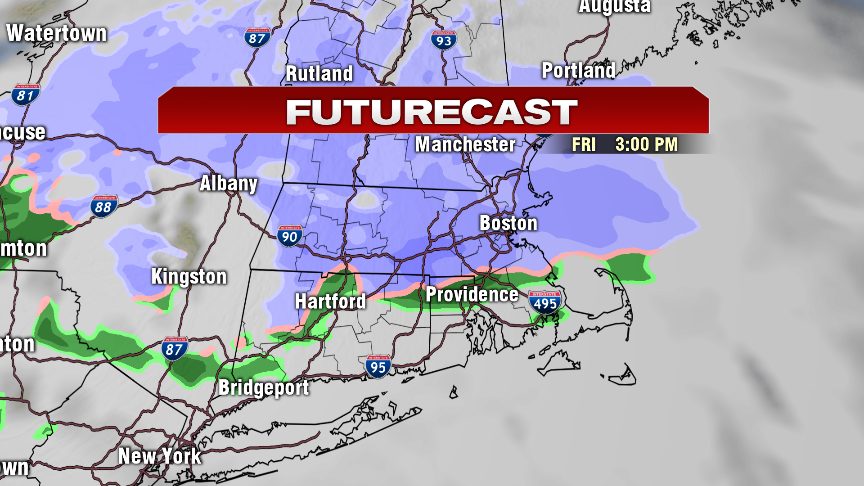 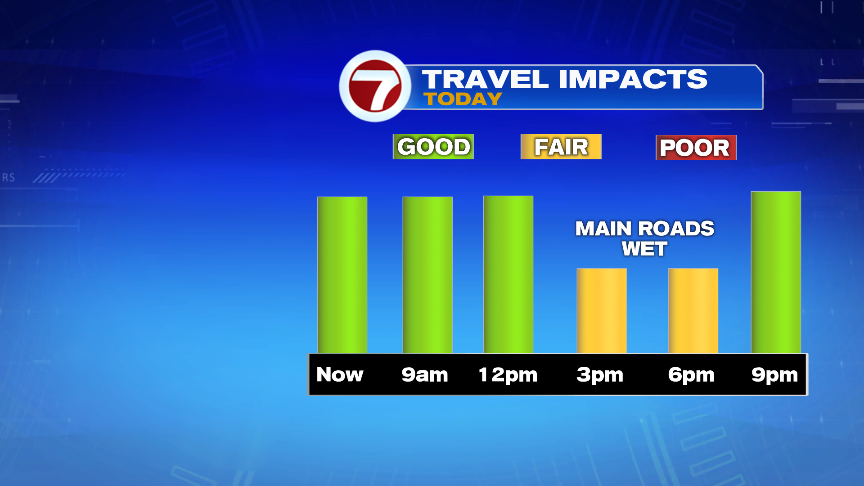 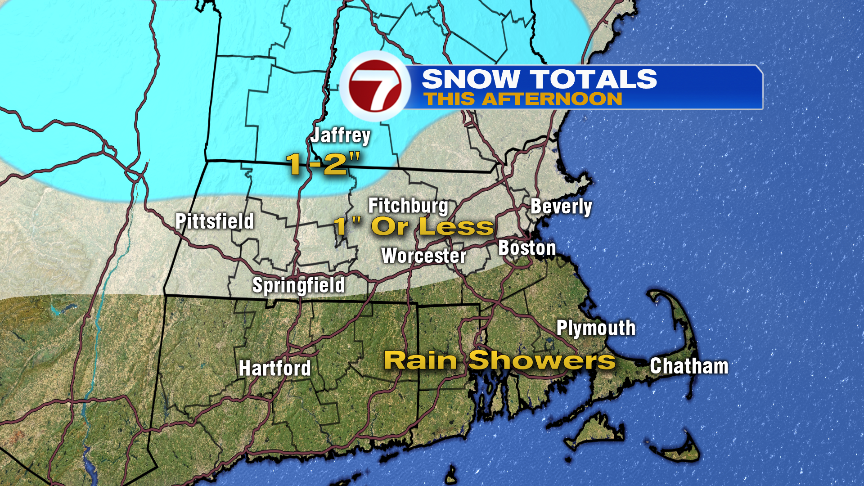 Following this system is a shot of chilly air tomorrow as highs hold near 30 and overnight lows fall to near 10 in the colder suburbs by tomorrow night! Despite the frigid start Sunday morning, we’ll recover to 35-40 in the afternoon with it remaining dry for the Pats game. The next storm Monday-Tuesday night is rain with temps warming into the 50s. Showers are most widespread during this time on Monday and again Tuesday night. Tuesday’s showers are more hit or miss. The southerly wind will pick up too. 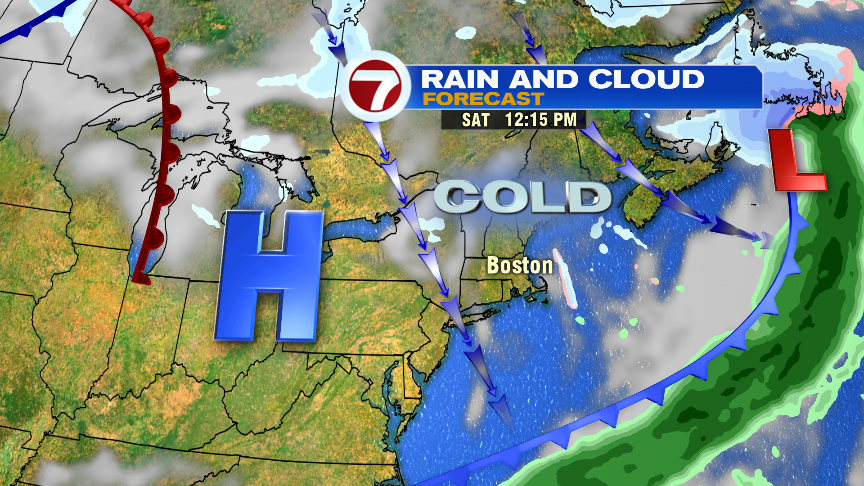 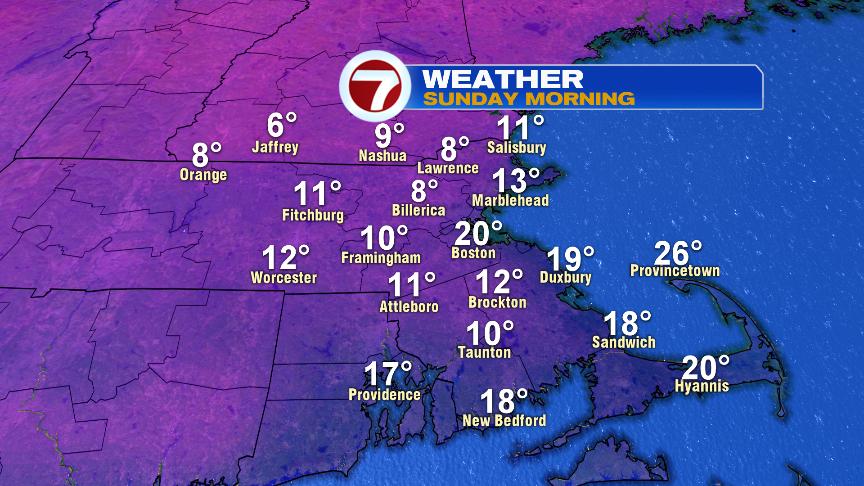