It was warm and humid today, which is perfect fuel for storms to develop rapidly this evening. Some of those storms could be strong and severe — some of which have been across southern New Hampshire. The storms will produce torrential rain and lightning. That could lead to localized street flooding. Also these storms have the potential of producing large hail and damaging winds as well. For that reason, a severe thunderstorm watch (pink) remains in effect until 10pm tonight for northern New England, along with a flood watch (green). 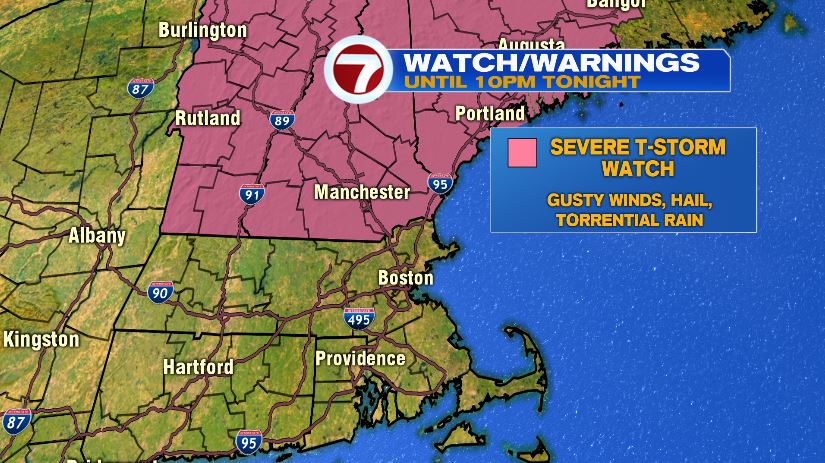 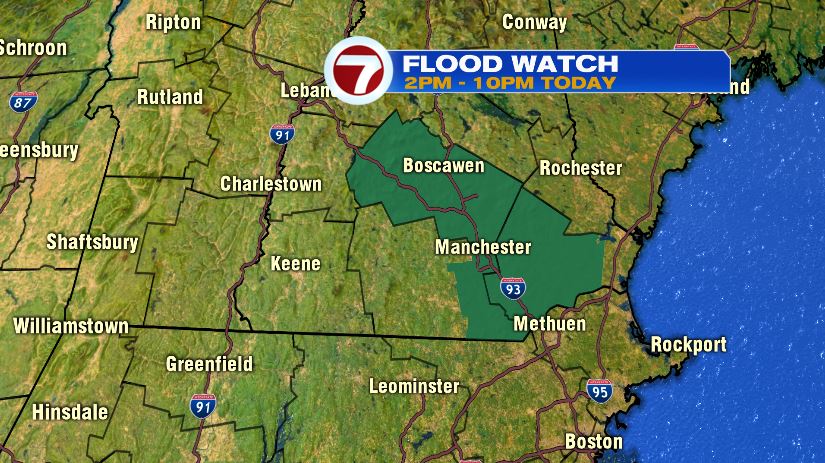 Tomorrow is all about the heat and humidity. Humidity will remain as it was today, if not slightly higher but the air temperatures will be ratcheted up. Many of us will end up close to 90 degrees for the air temperature alone with feels like temperatures in the mid to upper 90s. The South Coast, Cape, and Islands will be cooler. With the heat and humidity, a heat advisory has already been issued in southern New Hampshire. If you must be outside tomorrow, slow down and stay hydrated. 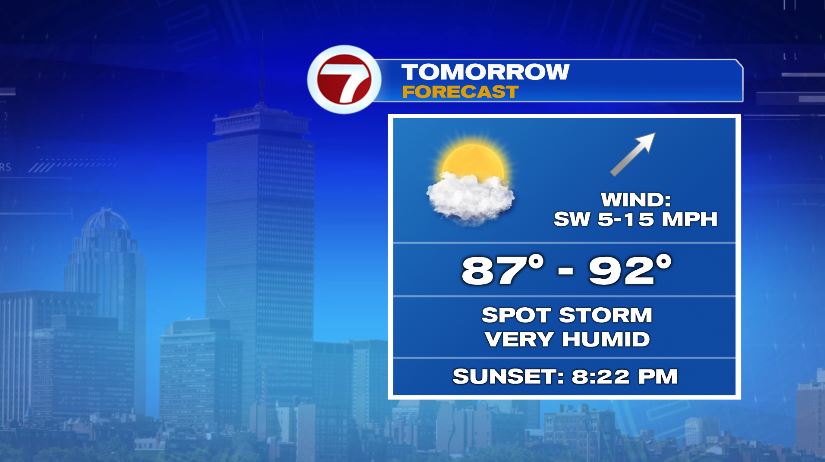 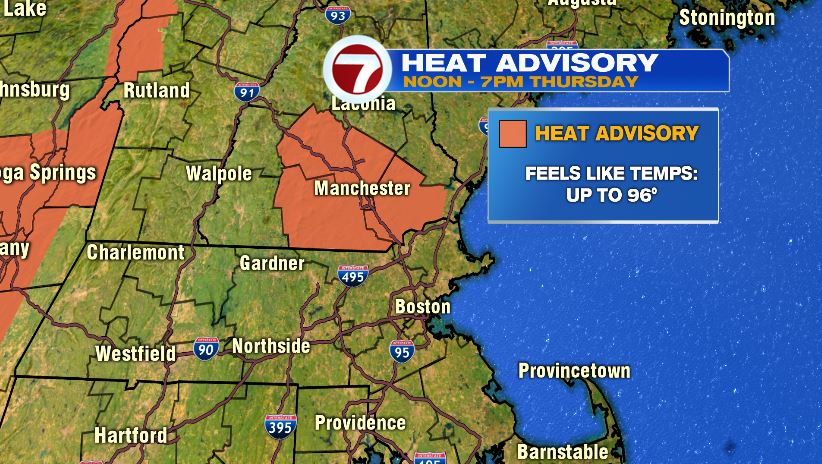 While a smaller chance than today — and a much smaller chance at that, we cannot rule out a spot storm for Thursday afternoon. However, the biggest rain threat comes for the first half of the weekend. 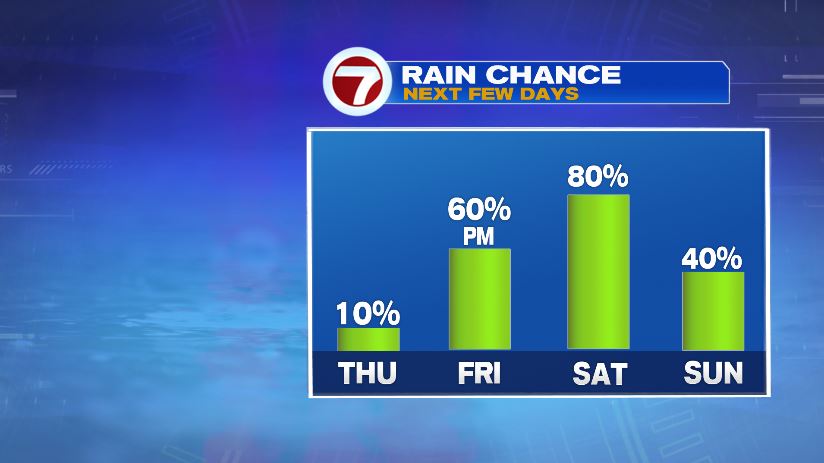 The National Hurricane Center is monitoring an area of low pressure off the coast of the Carolinas that COULD become our next tropical system. One thing to note though is whether it has a name or not, the impacts will be the same. Rain. The exact track will determine how much. Some minor coastal wind is possible as well. Again, to reiterate, even it is has a name, we are not getting smacked by a Hurricane. It is just “rain with a name”. If it is named, it would be the F storm… Fay. You may be thinking, what happened to D and E. Dolly and Edouard lasted for about 12 hours each and just barely even made “name” status. This one will be the exact same thing. 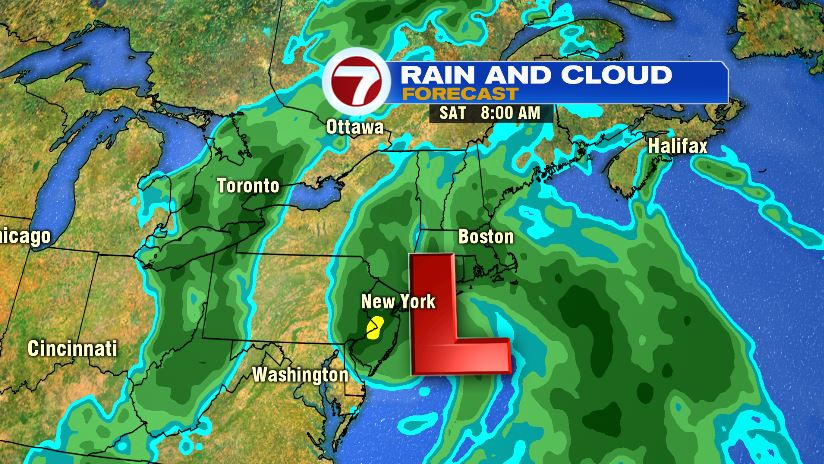 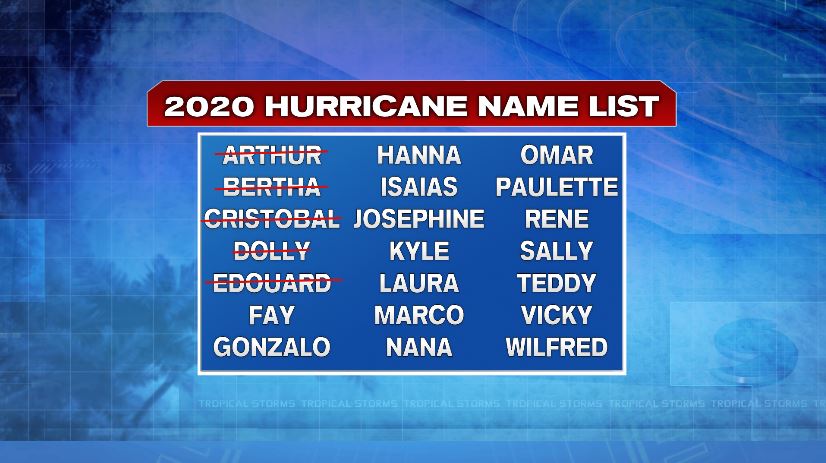 Although the timing might not be the greatest, lining up with the weekend. We need the rain. Most of the area still either in a “moderate drought” or “abnormally dry”. 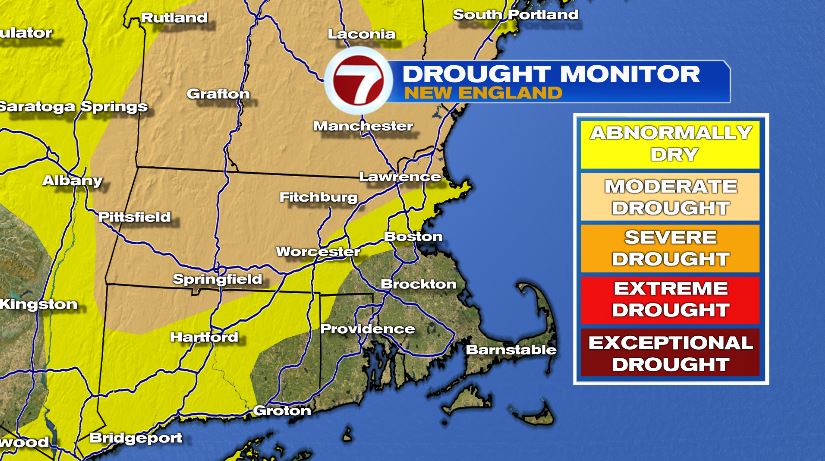